Christy Tighe is Director, College & Career Readiness at Junior Achievement of New Jersey. JANJ inspires and prepares New Jersey’s youth to be the next generation of leaders through real world relationships with business, government and education partners who can help them develop the entrepreneurial and financial literacy skills to succeed in the global economy. The program team reaches over 68,000 students statewide with educational programs and leadership opportunities. Christy brings extensive knowledge of the challenges facing public education and the needs of New Jersey’s students. Most recently, she worked for the New Jersey School Boards Association facilitating leadership development through regional programming for local board of education members throughout the state of New Jersey, developing and presenting informational workshops for students and volunteers alike. As a member of the Leadership New Jersey class of 2011, she helped coordinate their successful class project, “Emerging Leaders,” an inspirational mentoring conference serving over 180 high school students from across the state. She is a former member of the Greenwich Township Board of Education, PTA chairperson, and active community volunteer. Christy is a graduate of the University of Illinois at Chicago. 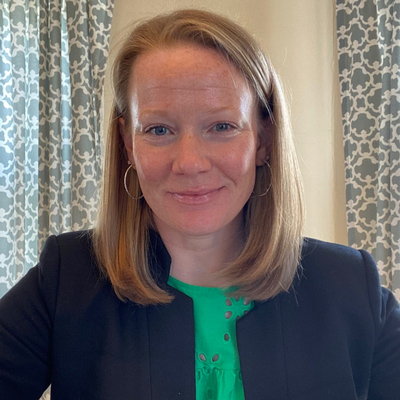 Ashley Donecker joined Junior Achievement of New Jersey (JANJ) in January 2013 to launch the new nationally recognized capstone program in the state of New Jersey. Ashley has spent more than 14 years working in the non-profit industry in the areas of programming, fundraising, marketing, and communications. Ashley began her non-profit career working with America SCORES, the nation's largest soccer, health, and literacy program serving youth in urban, low-income communities. During her tenure, she held a broad range of responsibilities including program and curriculum development, fundraising, marketing, and communications. In 2009, Ashley joined Carnegie Sports & Entertainment, an agency dedicated to cause marketing and philanthropy. As a Senior Vice President, Ashley specialized in non-profit start-up, fundraising, and marketing. Prior to joining JANJ, Ashley was the Development and Communications Manager for Minds Matter National, Inc., a college access program for accomplished, low-income high school students.

Ashley graduated from Messiah College in 2000 with a degree in Sport & Exercise Science and resides in New Jersey with her husband and two children, Noah and Haidyn.

James has over two decades of executive experience directing human service organizations and has spent the past 17 years as President & CEO of United Way of Greater Union County (NJ). During his tenure, James has created an extraordinary record of developing strong community partnerships, increasing organizational efficiencies, building, and retaining board members and financial competence. He has worked hard to maintain the delicate balance of dedication to mission, the need for bold entrepreneurial initiatives, and the application of sound business management needed to run a successful nonprofit organization. Stephanie began working with JANJ on July 16, 2012 as a Development Associate. Now, Stephanie is the Sr. Director, Capstone Programs, overseeing all program operations for JA BizTown and JA Finance Park. She graduated from Rutgers University with a degree in Environmental Policy, and a desire to work in the nonprofit sector. After graduation, Stephanie served as an AmeriCorps member at the Trenton Area Soup Kitchen, assisting with volunteer coordination and client services. She has a passion for education and is proud to be a member of the Junior Achievement of New Jersey team.

Stephanie resides in Bordentown, New Jersey, and enjoys spending time with her family, friends, and cat Bowie. In her spare time, she loves to read, go to the beach and enjoy nature.

Select a button below to see how you or your organization can get involved with Junior Achievement of New Jersey.

We use cookies to provide you a personalized experience. How we do this is by analyzing user behavior on our site and sharing data with our advertising and analytics partners. You consent to our cookie policy if you continue to use this website.